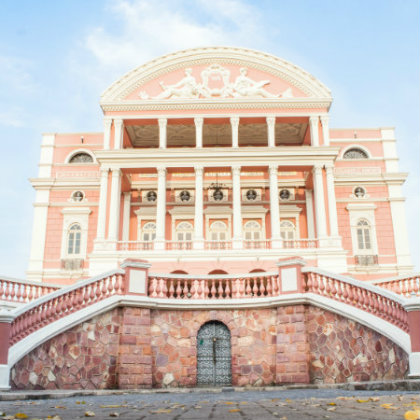 Games and travel: Your guide to the 6 host cities of Rio 2016 games!

Our members in Rio, São Paulo, Manaus, Salvador, Belo Horizonte e Brasília share their top tips for things to do in each city

For the first time ever, Indian Olympic Association is sending it’s largest ever team of 124 athletes to Rio Games; hence, everyone will be watching these games in August, but Rio is not the only city to host sports events in the 2016 games, in fact, 5 other Brazilian cities will be hosting football games. BlaBlaCar launched in Brazil in November 2015 and since then we have only seen our community grow bigger and bigger. We also asked our community to share their local tips, from Batman alley in São Paulo to the Teatro Amazonas in Manaus. Here are some football destinations you don’t want to miss.

Things to do in São Paulo “I recommend Batman alley, or Beco do Batman, in Vila Madalena. It’s really unique because of all the street art and because it’s fairly hidden, unlike the other attractions in the city like the bridge Ponte Staiada or Avenida Paulista. Vila Madalena is also a very lively neighbourhood, with lots of great bars.” Find a ride to São Paulo

Things to do in Belo Horizonte

In Belo Horizonte, not only will you hear the most charming accents in Brazil, you’ll also find the best food from the Minas Gerais region. A must do is to walk through the many beautiful parks and squares around the city.

Local tip from Paulo B: “The square Praça da Liberdade is a popular meeting point in Belo Horizonte, where there are always events taking place. Another great place to visit is the Parque das Mangabeiras, where you’ll have a panoramic view of the city, plus it’s a great place to bring the kids.” Find a ride to Belo Horizonte

Things to do in Manaus

While many people visit Manaus as the starting point of their journey to the Amazon rainforest, Manaus also offers some great attractions within the city. “The Teatro Amazonas is an attraction you must visit in Manaus, it’s city landmark. Just outside the theatre, you can stroll through the square to the parish Paróquia de São Sebastião. Close to the city centre, the street Rua Eduardo Ribeiro has a fair every Sunday that’s worth seeing.

You also have to visit the Mercado Adolpho Lisboa, revitalized last year. You’ll see healers who use Amazonian plants and vendors selling giant fish that you’ve never seen anywhere else.

“If you want to visit a more secluded place, I recommend visiting a city about an hour and a half away from Manaus called Presidente Figueiredo, where you’ll find stunning waterfalls.” Find a ride to Manaus

Things to do in Salvador “I recommend visiting the entire coast of Salvador, especially the Rio Vermelho neighbourhood. It’s a great place to go at night, you’ll find lots of bars and you can try acarajé, a traditional Bahian dish. During the day, go to the restaurant O Cravinho in Pelourinho. It’s a very traditional bar that serves homemade hot drinks and lots of Bahian classics.” Find a ride to Salvador

Things to do in Brasília “I recommend the Pontão do Lago Sul, which feels like a seaside waterfront with a pier and lots of bars and restaurants. It’s great to go in the afternoon or at night. During the day, do a cultural tour of all of the city’s monuments, open to the public.” Find a ride to Brasilia

Things to do in Rio de Janeiro?

All the tourists love Rio for its fun, festive atmosphere and stunning landscapes. Rio also exudes culture and architecture for those who who take the time to stroll through its streets. “I recommend the Parque das Ruínas in Santa Teresa. It’s an old house in a wooded area at the top of the neighbourhood. If you’re lucky you might catch some live performances there. Another great place is the mountain Dois Irmãos, where you can hike up for the best views of Rio. You’ll see the lake Lagoa Rodrigo de Freitas, the Cristo at Corcovado, Ipanema beach and lots more.” How to share your trip with BlaBlaCar in Brazil

All you have to do is go to the BlaBlaCar website of your country [www.blablacar.in]. Once you’re logged in, go to the “Verifications” section and make sure your Facebook account is connected. That’s it! Now head to the Brazilian website, blablacar.com.br, log in and search for rides as you normally would.

Want to visit some of the destinations from this post? Open the app and get started!